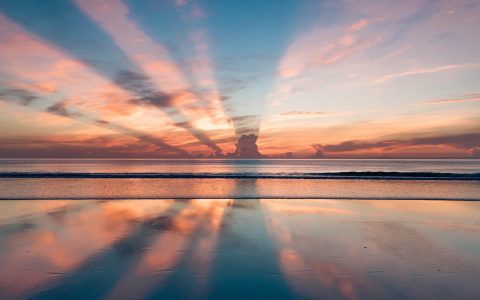 It was a pleasure and a blessing to have our good friend Dominic Statham from Creation Ministries International with us this Sunday at Community Baptist.

Most people look at the Bible as a book that contains many interesting stories and theological teaching. While this is true, the Bible is so much more—it’s a history book that reveals the major events of history that are foundational to the Bible’s important messages.

Sadly, generations have been brought up to see the Bible as just a book of teachings that is not connected to physical reality, and by and large deals with only abstract, spiritual things.

Dominic brought a presentation on ‘The Seven C’s of History’ which took us ‘Back to the Beginning’ of creation and showed us many biblical truths.

The Seven C’s are:

God created all things in six days and rested on the seventh.

‘In the beginning God created the heavens and the earth’ (Genesis 1:1)

Eve believed the serpent, rather than God, and ate the forbidden fruit and Adam quickly followed suit.

‘But you shall not eat of the tree of knowledge of good and evil. For in the day that you eat of it you shall surely die’ (Genesis 2:17).

God destroyed the world with a flood because He looked upon the earth and it was corrupt.

‘And every living thing which was on the face of the earth was destroyed, from man to cattle, and to the creeping things, and the fowls of the heavens. And they were destroyed from the earth, and only Noah was left, and those that were with him in the ark’ (Genesis 7:23).

The disobedient descendants of Noah decided to stay in one place, building a tall tower that they hoped would help keep them all together.

‘Come, let us go down and there confuse their language, so that they cannot understand one another’s speech. So the Lord scattered them abroad from that place upon the face of all the earth. And they quit building the city’ (Genesis 11:7–8).

The Creator of the universe became part of His creation so that He might save His people from their sins.

‘And she shall bring forth a son, and thou shalt call his name JESUS: for he shall save his people from their sins. Now all this was done, that it might be fulfilled which was spoken of the Lord by the prophet, saying, “Behold, a virgin shall be with child, and shall bring forth a son, and they shall call his name Emmanuel,” which being interpreted is, God with us. ’ (Matthew 1:21–23).

Adam disobeyed God’s command not to eat the forbidden fruit; Jesus fulfilled the Creator’s purpose that He die for the sin of the world.

‘Christ Jesus … who, being in the form of God … , was made in the likeness of men. And being found in fashion as a man, he humbled himself and became obedient unto death, even the death of the cross’ (Philippians 2:5–8).

He will make a new heaven and a new earth one day—one which we can’t even begin to imagine. In this new place there will be no death, no crying, no pain. Nobody will be sad.

‘Then I saw a new heaven and a new earth; for the first heaven and the first earth passed away’ (Revelation 21:1).

If you’d like to know more about ‘The Seven C’s of History’ then you can see a full written article on the creation.com website.